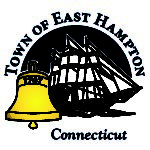 The East Hampton, Connecticut, area was settled about 1710 by a family by the name of Goffe, who located south of the Middle Haddam Landing on the Connecticut River. A second settlement was made, this time on Lake Pocotopaug in 1743, by thirty-two people who were drawn “by the excellent mill-seat at the outlet of Pocotopaug Pond.” These two settlements were joined together and incorporated as Chatham, after the English village of the same name, in 1767. In 1915, the name was changed to East Hampton. The town is made up of three villages – Cobalt, Middle Haddam and East Hampton, each with its own post office and zip code.

In the village of Cobalt, mining began in 1762. Nickel and several other metals, including cobalt and mica, were found there. Great Hill, which rises 500 feet above the Connecticut River, is located here. Formerly, Great Hill was known as the “Governor’s Ring,” because Governor Winthrop of New London visited this region several times and returned with gold rings which were supposedly made from gold found in Cobalt. This story was given new validity in 1985 when a University of Connecticut professor and his students found veins of gold in the rocks near the old mine shafts.

The village of Middle Haddam was involved extensively in shipbuilding in its early history. Beginning in 1758, many of the finest of the “London Packets” were built there. By 1840, fifty-one ships, twenty-four brigs, schooners and fifteen sloops were launched from there. The most famous ship built in the Middle Haddam yards was the United States Battleship Connecticut, launched in 1799. During the shipbuilding era, Middle Haddam prospered, employing about 200 men in the work of shipbuilding

The village of East Hampton also prospered during the shipbuilding era. The local farmers found a ready market for their timber in Middle Haddam, and the forge on the Pocotopaug outlet supplied much of the iron used in the ships. In 1808 William Barton moved to East Hampton and set up a factory for the manufacture of bells. A kindly and beneficent man, he imparted his skill to others, and the manufacturing of bells soon became the primary industry. As the center of the bell-making industry for the country, East Hampton soon became known as “Belltown.” One of the old firms, Bevin Bros. (1832), is still in operation. The railroad that serviced East Hampton was known as the “Airline” for the almost 100 years of its existence. It was nearly seven miles in length and included the Lyman and Rapello viaducts. During its early days, East Hampton had seen a boom during the town’s agricultural and industrial era, shipping products such as bells, casket trimmings and fruit. In later years the trains added transportation for summer tourists, leading the community into a resort-town era. Students from East Hampton traveled via train to attend Middletown High School. The “Black Diamond” and the “White Flyer” were the best known trains on the East Hampton run.

In 1927, because of the rapid rise of the automobile as transportation, passenger trains stopped coming to East Hampton. And by May of 1965, the freight trains ceased operating as well, having succumbed to the more versatile era of the truck. 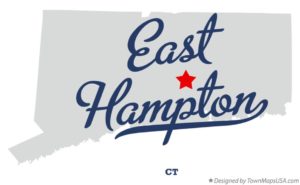 East Hampton is located in Middlesex County, 25 miles south of the state capitol of Hartford. It is equidistant from Boston and New York – 105 miles. It comprises 36.8 square miles and has a population 14,000. Located about seven miles from two major highways, Routes 2 and 9, East Hampton’s beautiful countryside has proven attractive to those who seek a typical New England smalltown ambiance, a fact which made it one of Middlesex County’s fastest growing towns in the 1980’s.

Join Us For Services

Update Personal Details
Your ticket for